Using His Aspire P3 to Turn Into a Superstar DJ

Continuing the theme from the 2012 campaigns with Kiefer Sutherland and

Megan Fox, the new campaign looks at how our characters use their Acer

devices to explore beyond limits and to uncover a different side of themselves.

"For us, advertising is a way to complement our products with a great story

that reflects what people love about them: the new experiences they make

wanted to expand on our story-telling approach. So we've gone a bit further

this time, giving the Aspire P3 the starring role in a deeper story that encourages

people to 'explore beyond limits' and gives them some new ways to interact with us."

his hidden passion of becoming a DJ. His newfound Djing skills come in

handy when he has to come to Tiësto's rescue when a live gig temporarily goes wrong.

The global campaign will touch on many people using different touch points,

from TV, Print, Out of Home, Social Networks and at retail. Acer: Want to know who's in the chopper with me? You'll find out soon. Acer: A frenzied crowd has gathered… Can you guess why? 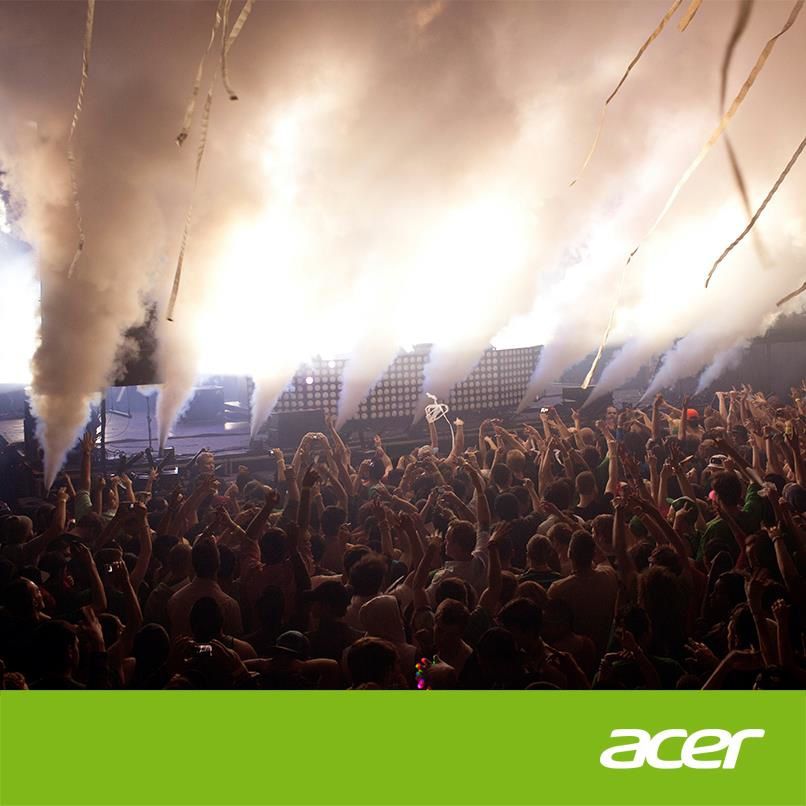